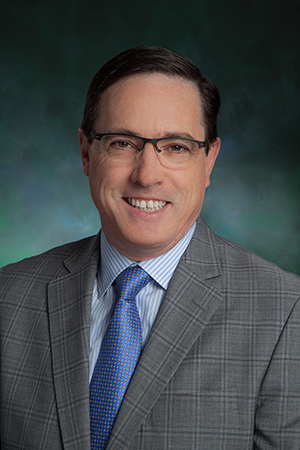 Andrew Appel is president and CEO of IRI. Since joining the firm in June 2012, Appel has led IRI’s transformation from a leading in-sights provider to delivering growth as a technology-focused Big Data company, which integrates the world’s largest repository of otherwise disconnected data sets that lead to purchase on a cloud-based plat-form. Appel has overseen the development of a variety of products and solutions that leverage Big Data to deliver growth, including IRI’s recently announced enhanced Liquid Data Platform, Shopper Marketing Cloud, and Prescriptive Analytics.

In addition, under Appel’s leadership, IRI created a best-of-breed market research ecosystem with over 30 active partnerships, and significantly expanded its business into new industries and markets, including China and Australia. During his tenure, IRI has consistently grown revenue and EBITDA and now serves over 5,000 clients worldwide.

Prior to joining IRI, Appel held a number of senior leadership positions for Chicago-based professional service firms. As chief operating officer at Aon, Appel developed and implemented a successful revenue growth plan for the company. He also led the team responsible for the $5 billion acquisition and integration of Hewitt, solidifying Aon’s leading position in human resource consulting and outsourcing. Before that, Appel was CEO of two of the firm’s three global divisions: Aon Consulting, a leading benefits and human re-sources consulting firm, and Aon Benfield, the world’s largest reinsurance broker. Under his leadership, the divisions achieved operational excellence and improved financial results. Following his time at Aon, Appel served as the senior vice president of Revenue Operations for Accretive Health.

Earlier in his career, Appel was a senior partner at McKinsey and Company, where for 15 years he advised leading global financial institutions on a wide array of operational, strategic, and organizational issues. Appel was also a founding member of McKinsey’s Global Business Technology and Operations Practice, which he led for seven years and helped grow from 50 to 300 consultants.

Appel holds a bachelor’s degree in economics from the University of California, Los Angeles, and an MBA from the University of Chicago, where he was the Henry Ford II Scholar. He is a board member of World Business Chicago, Alight Solutions, and has served on two task forces related to resolving the pension shortfalls of the state of Illinois and the city of Chicago. He and his family reside in the Chicagoland area.